(Disclaimer: I’ve recently written rather short reviews on this blog regarding the books I’ve read. I’m going to try to continue to do that throughout 2015, but hopefully makes these better. Not just “OMG, this book was awesome”. Here is my first attempt.) 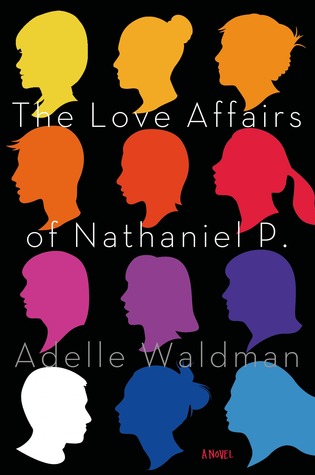 This book follows the story of Nathaniel “Nate” Piven. He’s a writer living in Brooklyn, NY. He is an established freelancer and also has a book coming out the February after the story begins. When we first meet Nate, he has run into his ex Juliet. She is not fond of him. Their breakup was not exactly amicable. After their run in, Nate makes his way to the dinner party of another ex, Elisa. They are now friends. At least that is what the author wants you to believe. Here he meets Hannah. He doesn’t think too much of this meeting until she emails him and strikes up a conversation regarding a discussion he started at the dinner party. They converse a few times through email before meeting up for a drink. Which begins the beginning of a relationship. The story continues detailing, as the title describes, all of Nate’s love affairs.

This is a character driven story. The trouble I had was that I did not care so much about these characters. It also felt a little predictable. I was just waiting on Nate ruining one of the relationships he was in. He did not disappoint. I just didn’t care. I also didn’t care so much of the past relationships he had. Was it being explained to me that this was the reason Nate was who he currently was? Maybe. Nate wasn’t the nicest guy to these women. There are times he should have definitely ended relationships before they went any further. All humans make mistakes though. The reason why things didn’t work out with the relationships he had before: they weren’t the right one for him. It really is that simple. This book also wasn’t the right one for me.