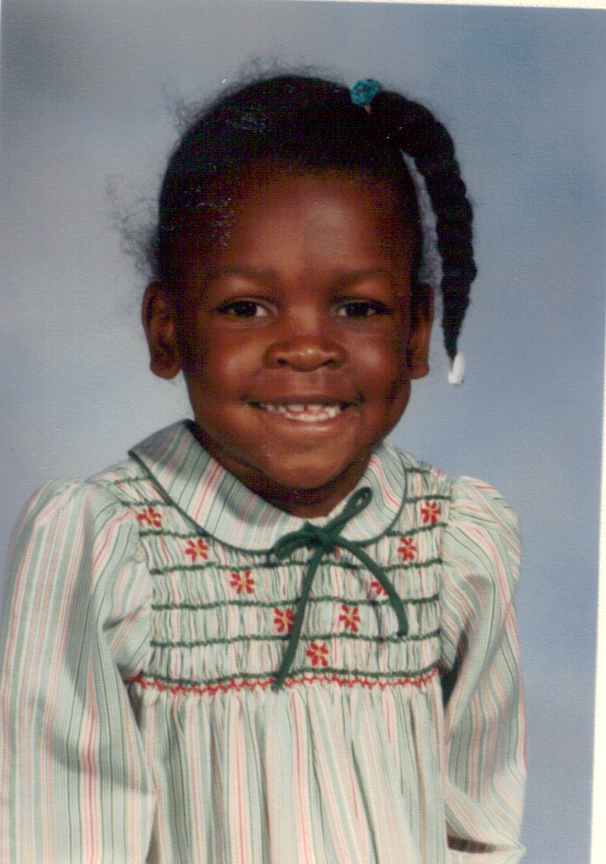 I don’t remember how old I was but I’m pretty sure I was around the age in this picture. Also, my hair was really frizzy!

When I was younger, I went to the mall with my mom and grandma. We were at McAlpins (the name of a department store before Dillards took over). This was not the time I was at the mall and walked up to a sales lady and said “my mom is lost”. I think we were at Sears then. This was the time I got in a fight with a mannequin and it won. Well, I’m guessing that it won. Ever blacked out at a very young age? Well I have. All I remember is that I was standing in front of a mannequin. Then, the next thing I knew I was on the floor and the mannequin was on top of me.

Now, I remember being a young age and wondering if mannequins were real. I thought it would have been so cool. Get to fake everyone out and pretend that you’re plastic and then at night you run around the store and play with everything. I’m starting to think this was around the same time that the movie Mannequin came out. IMDB says that movie was released in 1987. I’m not sure when it came to HBO but I remember watching it almost every time it came on. She got to play with all those clothes, she got the guy, and she got everything she wanted. I need to find out if this movie is on Netflix.

I remember the mannequin was wearing this dress. Purple dress, maybe? Also had a hat on. It was a really pretty dress. It got my attention. There is a chance I could have tugged on the dress and that is how it happened. Like I said though, I blacked out. Or, maybe the mannequin bashed my head made me hit my head. I don’t know how long I was under it. It could have been days! Ok, not days. I was at the mall with my family. They would have never left me there that long. Although, I do remember the story of my grandma forgetting my mom at Kmart when she was young. She had 3 other kids to deal with though. I don’t have kids but I’m thinking that 4 would be a handful. Don’t forget your kids at stores though people. This blog need not to be your excuse!

Anyway, I was attacked by a mannequin when I was a child and I will never forget it. When I go to the mall now, I do not spend a lot of time near mannequins. Not that I think they are alive. I’m just keeping myself safe.